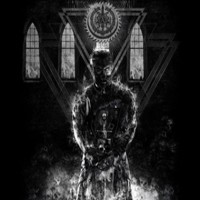 As well as being well known for its fine wine, strong cheese and rolling country sides, France has become a rare breeding ground for Metal bands alike. Following in GOJIRA’s roots is Death Metal duo AUTOKRATOR. They are new to the scene but they are already spawning a huge fan following on social media with their suffocating Death Metal. They released their second full length album ‘The Obedience To Authority’ which could be interpreted as explaining the fearful feelings if you don’t follow the rules, even if these rules are against your better judgment.

This duo formed in the year 2014 in the French capital Paris by guitarist/bassist Loïc.F and vocalist David Bailey, little did this city of love know that this duo was to concoct and release despair and misery onto the world. In terms of the sort of music they planned to produce this is a huge compliment.

They describe themselves as Suffocating Death Metal and this record gives this the listeners that. Each chapter brings out a sense of panic, fear and anxiety; these feelings actually come on physically as the listener may feel a tightness in the chest and the fear of not being able to breath by the end of this work. They do this by deploying drone like elements and echoed effects into the music that emphasise the dread and horror the listener feels.

Their influences from Milgram’s experiments fits extremely well within the record. For those of you who don’t know, Stanley Milgram was an America social psychologist who conducted controversial experiments on obedience and how far we would go to follow orders, even if they were against the participant’s conscious and gut feelings. After researching his works in greater detail, the listener will be able to hear these intense influences within this penetrating music.

Overall verdict, a recommendation for those who love Extreme Metal in any shape or form and those who are into the psychology side of things. Not for the faint hearted or the easily offended.