Kicking off my top ten for 2016 is the self titled abomination from terrifying troupe ETERNAL HALLOWEEN. There are a few things I admire about this troupe; their outrageous (well not to us metal heads) appearance, their brilliantly heavy sound and their ability to entice the listener in within the first few seconds. What I liked the most is their scarily accurate lyrical content about some dark issues, these lyrics hit you hard. Not recommend for the faint hearted or easily offended.

As I’ve mentioned previously; watching Greek Extreme Metallers ROTTING CHRIST at Bloodstock 2014 converted me into a fan. Their latest release ‘Rituals’ is a stunning masterpiece with brutal yet beautiful melodies that have you submerged from the word go. From the hypnotic and pounding beats of ‘Devadevam –देवदेवं-‘ to dominant single ‘Elthie Kyrie’ it’s a treasure for fans of the band and Extreme Metal. 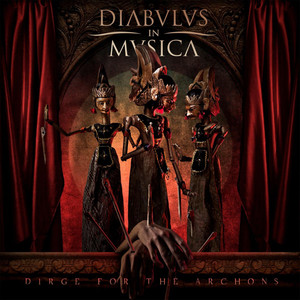 8. Diablus In Musica – Dirge For The Archons

They hail from Spain and are fronted by a voice of beauty. Number eight comes in the form of DIABLUS IN MUSICA’s ‘Dirge For The Archons’. This album is a portfolio of grand melodies infused by huge orchestras, loud riffs and a powerful voice. Highlights of this album for me included the empowering ‘Marble Embrace’, Metal/Tim Burton-esque fairy tale ‘Ring Around The Fairies’ Carousel’ and the ballads emphasising the vocal work such as ‘A Speck In The Universe’ and closing track ‘Zauria’. NIGHTWISH watch out, there’s a new troupe in town. 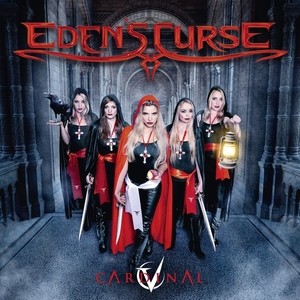 It’s no secret they’ve been personal favourites since first reviewing their London show over two years ago. ‘Cardinal’ from Multi-National Melodic Metal outfit EDEN’S CURSE is an assortment of great quality tracks consisting of great guitar work, powerful vocals and excellent arrangements on keyboards, bass and drums. This is the first studio album with drummer John Clelland and new master of the keys Christian ‘Chrism’ Pulkkinen, if this album doesn’t say they’ve settled in who knows what will. With some strong melodies such as ‘The Great Pretender’, ‘Unconditional’ (featuring Metal siren Liv Kristine) and ‘Find My Way’ it’s a must have for fans of Hard Rock and Melodic Metal.

KISSIN’ DYNAMITE have been a growing presence in the Hard Rock scene and their latest release containing strong melodies will ensure their increasing recognition. This album contains some Hard Rock masterpieces containing great guitar work, prevailing vocal work and pounding drums. These include the fist pumping ‘She Came She Saw’, the empowering concluding track ‘Utopia’ and moving ballad ‘If Clocks Are Running Backwards’.  If you love epic sounding Hard Rock tracks that you can imagine hearing in stadiums then this is the album for you.

I understand MOONSORROW have been round for a while but this year was the year I got to experience their sound and live presence. Ever since listening to the album’s single ‘Suden Tunti’ and catching them live with fellow Finnish Folk Metalheads KORPIKLANNI I have been addicted to their sound ever since. With its prevailing, sweeping melodies it’s no wonder the album has been a regular occurrence on my playlist this year. I particularly admire the Pagan like melodies infused with heavy riffs, harsh vocals and pounding drums; it’s an album I can listen to from start to finish without growing bored.

New Zealand based Hard Rock quartet DEVILSKIN have been favourites of mine since last year when I listened to their first album containing straight up, non nonsense melodies. Their latest record ‘Be Like The River’ holds up this statement loud and proud, the first few seconds of ‘Dressed In Black’ had me hooked from the word go. The rest of the album follows suit with tracks such as ‘Bury Me’, ‘Limbs’ and the mighty single ‘Mountains’. This album and band are highly recommended for fans of HALESTORM, giving that they are due to tour together in New Zealand later this month.

It’s no secret DELAIN are a mounting presence on the Metal scene and their latest release ‘Moonbathers’ will ensure they are still renowned within the scene. The first few seconds of ‘Hands Of Gold’ featuring guest vocals from ARCH ENEMY’s own Alissa Whyte Gluz gives us a taste of the epic sounding music that is expected on the rest of the album. The album contains a great selection of tracks such as empowering ballad ‘Chrysalis – The Last Breath’, fist pumping ‘Pendulum’ and incredible single ‘Suckerpunch’. 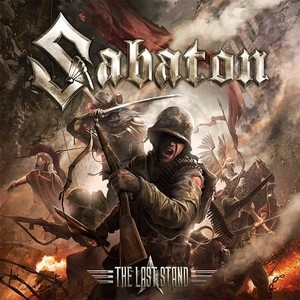 ‘When the winged hussars arrive’ have been the words on every SABATON’s fans lips and with their powerful new release ‘The Last Stand’ it is easy to see why. Love them or hate them this camouflaged troupe of talented Swedish musicians have made a huge impact on the Metal scene. The first few seconds of opener ‘Sparta’ was enough to grab my attention and made me punch the air with glory. The release contains some incredible belters such as ‘The Last Stand’, ‘Winged Hussars’, ‘The Last Battle’ and ‘Blood Of Bannockburn’.  It appears these Power Metal heroes have conquered once more.

My number one album of 2016 comes from the almighty acapella troupe VAN CANTO. This is their very first concept album and the first one not to contain covers. It goes to show that you can create an epic release using only five voices and a drum kit. At first listen the spoken prologue and ‘Clashings Of Armour Plates’ send shivers down the spine and hair raising on end with the sheer beauty of this majestic sound. It keeps up this stately feel with songs such as ‘Firevows (Join The Journey)’, ‘Time And Time Again’, ‘The Bardcall’ and ‘To Catharsis’. With striking sounding voices harmonising to create grand melodies, this makes VAN CANTO’s album ‘Voices Of Fire’ my number one record of 2016. I highly recommended getting the album with beautiful bonus track ’Hymn’.

Journalist for Ever Metal and Warrior Women. This is my own blog to express myself. I specialise in writing about music and spread awareness for mental health particularly autism. View all posts by musicallotty

Unauthorised use and/or duplication of the written content in reviews, interviews and articles without express and written permission from the site owner is strictly prohibited. Failure to adhere to this will be treated as plagiarism and will be reported to the relevant authorities.